It is with great pleasure that I join my esteemed friend and colleague Madame Chairman, Tanzila Kamalovna, to open this important Forum.

Just over one year ago,  the government of Uzbekistan adopted 16 National Sustainable Development Goals and 127 national targets.

In doing so, the government made public its specific commitments to accelerate inclusive growth over the coming decade. 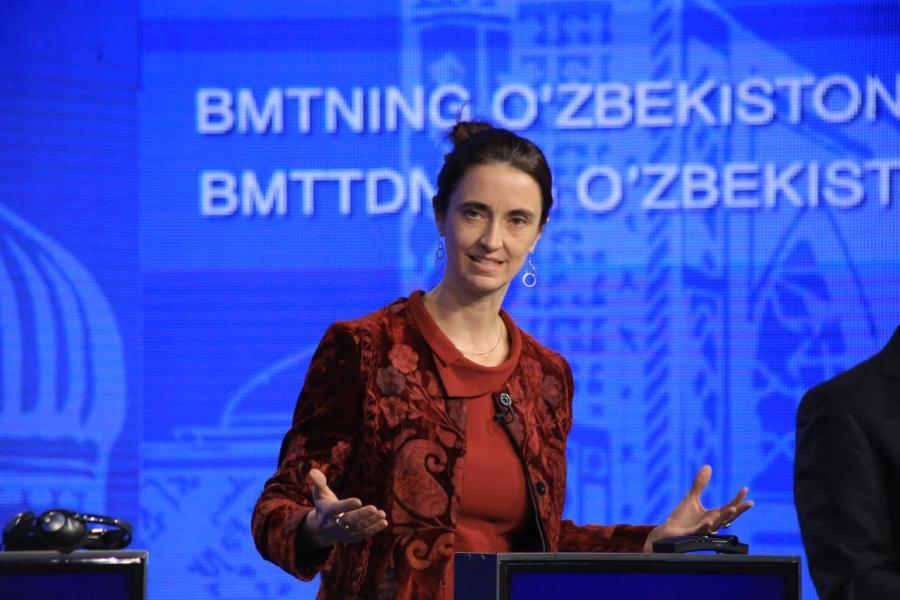 Importantly, Uzbekistan committed under SDG 5 on Gender equality to:

Just one year later, we have witnessed important progress in translating these commitments into action, with the adoption of two laws on gender equality and on prevention of violence against women, and a range of measures aimed at engaging more women in leadership roles and in entrepreneurship and education opportunities, and in supporting survivors of domestic violence.

Among its national SDGs, the Government also adopted explicit targets on youth, including:

And once again, we have seen concrete action in the form of the recently adopted programme on five initiatives for youth, among many other initiatives. And Uzbekistan has agreed to be a fast-track country for implementing the Global UN Youth 2030 Strategy.

Over 60% of the population of Uzbekistan is under the age of 30. Half the population is, of course, women. Harnessing the untapped potential of young people and women will not only contribute to economic growth, but also to enhanced enjoyment of human rights, and as well strengthened community coherence.

So today’s Forum on enhancing partnership on gender and youth issues, covering also migration, is both timely and pertinent.

Monday, 25th of November, marked the International Day for the Elimination of Violence against Women, which commences the annual “16 Days of Activism against Gender-Based Violence” campaign worldwide as well as here in Uzbekistan.

As our UN Secretary-general Antonio Guterres has repeatedly stated, the challenge of gender-based violence is rooted in persisting patriarchal attitudes and stereotypes of the perceived role of women and girls in society, which are widespread all over the world.

As a UN official, I am pleased to be serving in a country, which is taking concrete steps to tackle such stereotypes. Yet — as we will discuss today — there is much to be done to ensure further robust progress in meeting the ambitious national targets. Today’s event – with so many senior women present – is one step forward! And I must also commend the presence of so many male decision-makers — for we need everyone around the table in order to address this issue.

And we in the UN team are also placing the aspirations, needs and input of young people and of women at the heart of our planning.

Because we are convinced that far from being simply beneficiaries of the 2030 Agenda, women and young people must be active agents its implementation, follow-up and review.

That’s why over the past five weeks, preparing for our next cooperation framework, the UN team has met with over 1,200 people over 5 regions , including around 500 women and a similar number of young people, including people with disabilities and other vulnerable groups.

Many of the important themes that will be discussed today were also underlined during these consultations: access to decent work, gender inequality, access to quality higher education and business opportunities; stereotypes and stigma based on gender or disability; challenges linked to migration.

And our polling of 30,000 young people, through the national U-report platform also indicates a strong interest among youth in the ongoing transformations, and desire to be heard, to be counted as agents of change, to have influence on education and employment policies affecting their future.

All of these issues are high on the Government’s agenda, and rightly so.

Today's Forum is taking place on the eve of the Decade of Action to achieve Sustainable Development Goals by 2030.

The UN Country Team commits  to intensify joint efforts to support the Government in achieving gender equality and full participation of youth, which are essential prerequisites for achieving our National Sustainable Development Goals.

Thank you for your attention!