Statement attributable to Helena Fraser, on recent confirmation of the Government of Uzbekistan to eradicate forced labour

The UN family in Uzbekistan remains steadfastly committed to supporting the Government to realise the objectives outlined in the national Action Strategy.

The UN Resident Coordinator in Uzbekistan today welcomed the swift action taken by the Government of Uzbekistan to investigate and address the allegations which emerged last week of inappropriate official sanctions carried out on six persons in Akkurgan (Tashkent region). 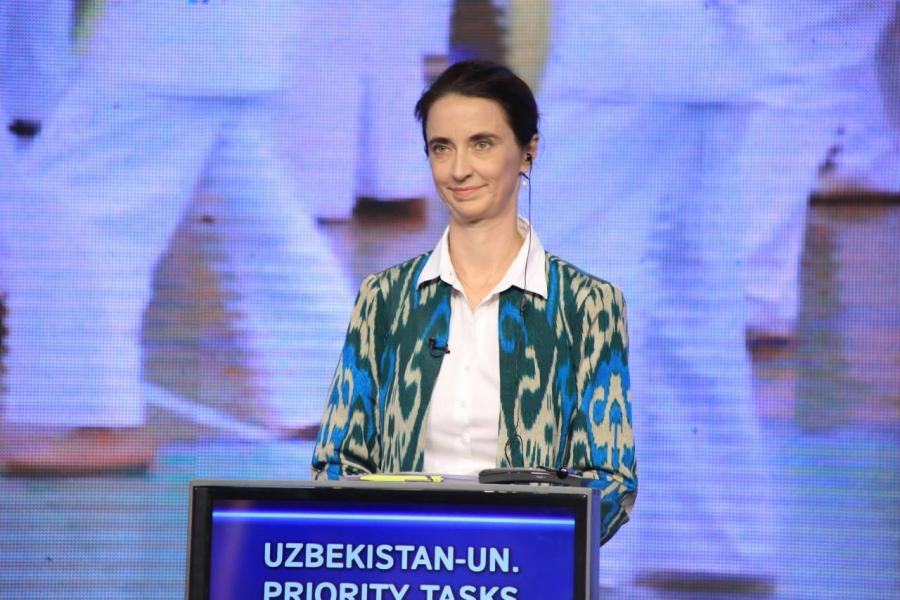 “We welcome the Prime Minister’s strong condemnation of this incident, and his confirmation that the fight against forced labour has been elevated to the level of state policy.” said Ms. Fraser. “The UN team recognizes the significant progress that has been made in this area, and commends the strong partnership between Deputy Prime Minister T. Narbaeva, Minister of  Employment and Labour Relations Sh. Kudbiev, and the International Labour Organization (ILO), together with employers, trade unions, prosecutors, human rights activists and journalists. We believe that the fact that swift action followed these reports is a positive signal that the hotline is working well. It also confirms that there is real political will to prevent and respond to violations of Article 37 of the Uzbek Constitution prohibiting forced labour as well as the Uzbek Labour Code.”

“The ILO welcomes this decision which was enforced by Presidential decree. It sends a strong and clear message to all citizens of the country: this type of behaviour must never be tolerated. Nobody - regardless of rank or status - is above the law. Uzbekistan remains firmly committed to eradicating forced labour and the ILO is committed to assisting Uzbekistan in achieving this goal. We have witnessed tremendous progress over the last two years. Now is the time for everybody to pull together.” said Jonas Astrup, the ILO’s Chief Technical Advisor in Uzbekistan.

The UN family in Uzbekistan remains steadfastly committed to supporting the Government to realise the objectives outlined in the national Action Strategy for development 2017-2021, including the expressed commitment to guaranteeing the protection of the rights and freedoms of citizens (priority 2.2), as well as support to the ambitious agricultural and labour reforms that are underway.