On behalf of the UN Country Team in Uzbekistan, I congratulate Uzbekistan on this occasion of celebrating its 29th anniversary of independence. 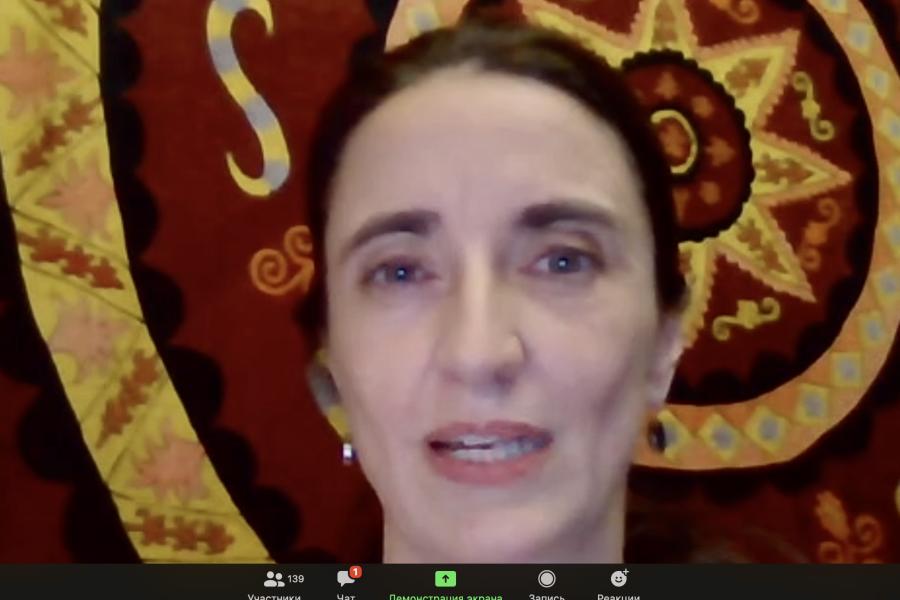 Statement by UN Resident Coordinator, Helena Fraser on the occasion of the 29th anniversary of the Independence Day of the Republic of Uzbekistan

In just one week, we will be celebrating the 75th anniversary of the United Nations. So today it’s timely to reflect on Uzbekistan’s recent achievements and contributions as a member of the multilateral family.

Indeed, as Minister Kamilov has stated, Uzbekistan is clearly committed to enhancing its active engagement as a UN member state and a champion of multilateralism.

This is evidenced by the Government’s increasing engagement and constructive dialogue over the last three years with the UN system at all levels. It’s been cemented in a roadmap on strengthening and deepening cooperation with the United Nations System and its specialised institutions, adopted this summer.

Of course, Uzbekistan’s engagement with the UN cuts across all aspects of the mandates entrusted to the organisation. My colleague Miroslav Jenca has eloquently touched on the peace and security angle, and the positive effects of Uzbekistan’s foreign policy reset. I will complement by speaking briefly on the other two key pillars of our work:

In the area of human rights:

These flagship initiatives have been complemented by very concrete action in specific areas, for example in resolving and preventing statelessness. The Government estimates that with the new Citizenship Law, some 50,000 stateless people will have their citizenship recognized in Uzbekistan. Universal birth registration will also prevent the risk of childhood statelessness.

Of course, across all these areas, while great progress has been made, much remains to be done. To fully implement all commitments, to realise the national SDGs, to enhance compliance with human rights obligations, will require a sustained and focused effort.

And so I return to where I opened my remarks.

I am grateful for the enabling environment in which to achieve our shared objectives of peace, sustainable development and human rights. I am grateful that multilateralism matters, in Uzbekistan – as we have seen not just from the actions I’ve just outlined, but also from the tens of thousands of people who have filled out the UN75 survey and the hundreds who have joined our UN75 dialogues.

And as Resident Coordinator, and head of the UN Country Team, I can certainly close by saying that Uzbekistan is keeping the UN family very busy these days! We are grateful for the partnership and look forward to further accelerating our results!