The boy who lived at the hospital

In Uzbekistan, Timur finally finds support after being left alone due to migration and tragedy. 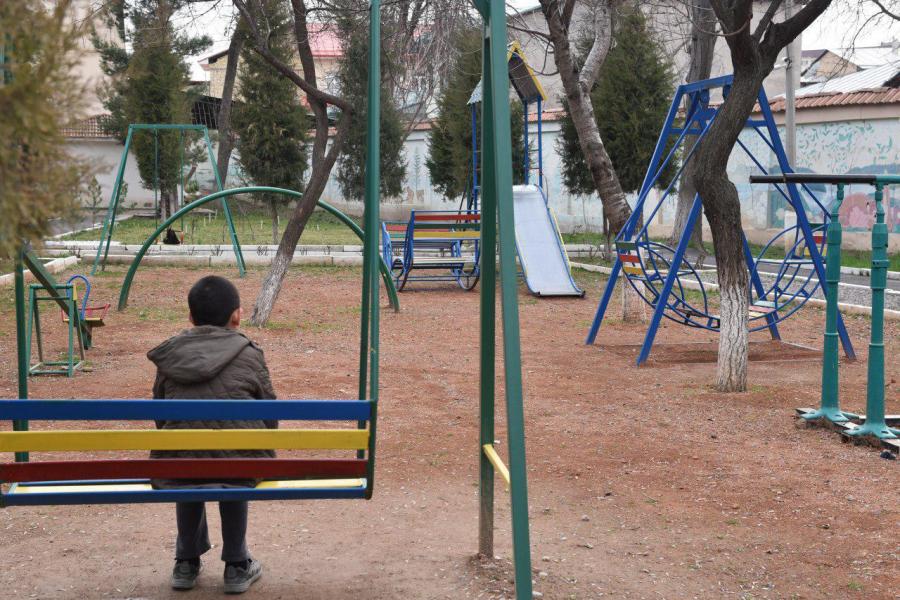 A year ago, Timur was celebrating his 11th birthday at one of Tashkent’s amusement parks with friends. His uncle had organized a pizza party and presented him with a teddy bear. Life was good.
Photo | UNICEF Uzbekistan

Every morning, Timur wakes up to the birds singing in the garden. While he makes his bed, he thinks of his bedridden mother recovering from a badly fractured leg. It has been a week that he has not seen his mother, since he was placed at children’s transit center.

The Center for Social and Legal Aid to Minors in Tashkent city’s Department of Internal Affairs, located at the end of a blind alley away from main streets, provides temporary shelter, food and medical care to children like Timur, living without parental care in Tashkent.

“At first, I thought of running away,” he says. He was afraid that he would be bullied and beaten at the center. Now he likes the place, especially the food.

Over the last four months, he had been living in the hospital, where his mother has been receiving medical care. Hospital staff fed him out of pity. When patients from the other ward gave him money, he would use it to go to school. Two thousand four hundred soums for a round trip on a bus. There were times when he had to walk the nine-kilometer distance from school to the hospital. “I had rather spend the money to get to school than buy a lunch,” the fifth grader reflects.

A year ago, Timur was celebrating his 11th birthday at one of Tashkent’s amusement parks with friends. His uncle had organized a pizza party and presented him with a teddy bear. Life was good.

Then his uncle left for Russia. “I will save money to buy you a bike,” he told Timur. A few months later, his mother Aziza fell and broke her leg. She lost her two jobs and their rented apartment, and had to go through a lengthy recovery process, which included several surgeries.

His uncle's migration was a turning point in Timur's once joyful life, unleashing a wave of troubles.

“Children left behind by migrating parents or primary caregivers may find themselves in circumstances of inadequate care and protection,” says Maziyar Taleshi, UNICEF’s expert on child protection. “Despite the economic benefits of labor migration, the absence of a caregiver may lead to decreased care, supervision and emotional well-being.”

According to official data, 2.6 million people from Uzbekistan are permanently employed abroad. At the same time, there is little understanding about the effects of labor migration on families and children.

In July 2018, UNICEF and the Women’s Committee of Uzbekistan, with support from the European Union, launched a project to protect children affected by migration. To assess the situation of children left behind by migrant parents, a study will be conducted in Bukhara, Fergana, Surkhandarya and Khorezm regions. Based on the findings, recommendations will be developed to mitigate its negative effects.

Timur does not mention the fact that he was on the verge of being expelled from school because of an alleged missing 3,000 soums.  According to his teacher, the school administration was aware of his mother’s condition and took the necessary measures, by identifying him as a child at risk of offending. As a result, his mother was forced to give her consent to place him in a transit center.

“Under stressful situations, some children develop behavioral problems in response to difficult life circumstances they find themselves in,” Maziyar Taleshi stresses. “It is a normal reaction of a child to abnormal conditions. The provision of psycho-social support entails assuring children that their behaviours are natural and focuses on strengthening children’s resilience to overcome the difficulties they face.”

Timur worries about his mom’s well-being. But he is glad that he has left his teddy bear with his mother. “She will think of me, when she holds it,” he says.  As he counts the days, engaging in various activities, including classroom studies, sports contests, and crafts, daily routine activities help him cope with this stressful situation. The eczema that has developed on his lips over the past months has started to recover. “When my mom recovers, she will come for me,” he is sure. 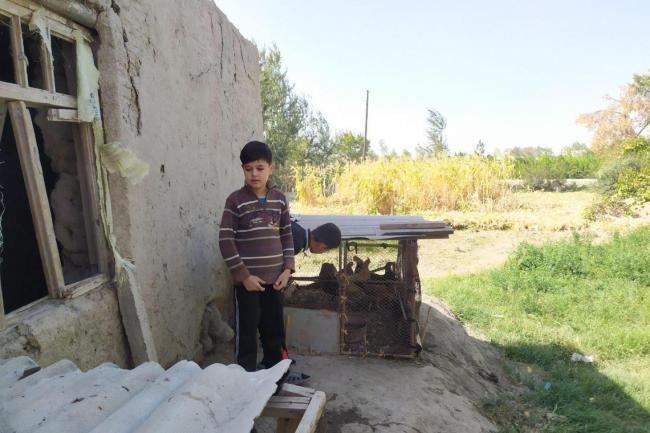 "I knew that someday I would get my family back". The story of Timur

(Names changed to protect identities)
My name is Timur, and this is a story about me and my family.

It has been eight years since the UN General Assembly adopted a resolution on International Day of the Girl. 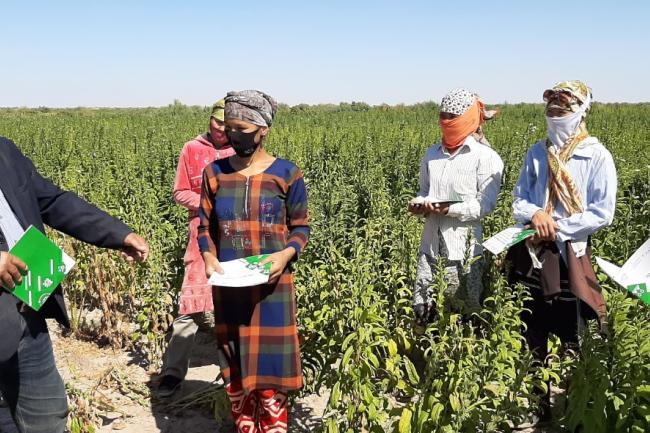 The main agricultural difficulties faced in Karakalpakstan’s northern regions are linked to depleted organic matter in soil, and to droughts.