A foundation of justice for building Uzbekistan’s businesses

What’s in a number?

This year, Uzbekistan’s position on the World Bank’s Doing Business Index rose seven spots to 69th place, just ahead of Luxembourg, Qatar and South Africa. The index also cites Uzbekistan in the top countries showing most progress in improving their national business climate and having jumped from 41st to 22nd in ‘enforcing contracts’.

All the while, major international media outlets including the Financial Post, the Economist and CNN have drawn attention to Uzbekistan’s new business opportunities, particularly in the tourism sector.

Indeed, when the country is actively working to invite international investment, these rankings greatly strengthen the national image in the business sector. For everyday business owners, Uzbekistan’s advancement in the Doing Business Index helps reassure them that conflicts they might face can be legally resolved.

Uzbekistan is presenting itself as a strong and secure place to do business, both for national entrepreneurs and international investors. How it has arrived at this place is a story about where business and justice meet.

Business development has been a national priority since Uzbekistan’s earliest days of independence, supported by both government and civil society. In fact, by the end of last year, three out of four employed people work in small- and medium- sized enterprises, and those businesses made up almost 60 percent of our economy. However, before 2016, businesspeople were often hamstrung by excessive bureaucracy and unchecked corruption.

Setting up a business used to mean jumping through endless hoops, and sometimes facing threats of harassment and extortion. Organized crime and a lack of rule of law stifled new domestic enterprises, while international investors couldn’t be confident that agreements made would be respected.

The election of President Shavkat Mirziyoyev and the subsequent national reform process and development strategy) focused on ensuring government and courts worked primarily to meet the needs of the people, with laws to strengthen media autonomy and prioritize citizen interests.

Alongside these reforms was a push to better protect the rights of domestic and international entrepreneurs through the justice system. A notable example was the creation of the nation’s first business ombudsman.

If you look at our work at UNDP in Uzbekistan, you will see that business has also been a focus of national development initiatives for more than a decade. We’ve supported entrepreneurs and initiatives to grow local, regional and national businesses, bring them into international marketplaces and attract global investment.

Equally important, however, has been work to build the trust and confidence of both domestic businesses and potential international investors that transactions and agreements made in Uzbekistan will be protected.

Simplifying national business processes and building investment confidence have been major outcomes of the Rule of Law Partnership project we do together with the Supreme Court of the Republic of Uzbekistan and USAID.

While Uzbekistan’s improved business environment has attracted large international brands, we must ensure small businesses also benefit from reform. So far, we have supported that by:

-  Creating greater digital transparency and access to justice. The new Supreme Court website, established in partnership with our project, contains easily-accessible information on court activities and judgements, database on legislation, guidance on applicaitons, and a centralized means for paying court fees. When ‘time is money’, these features let businesses solve conflicts quickly and inexpensively. In addition, the internationally-recognised E-SUD system allows for the online submission of appeals to court, while improving the efficiency and quality of case processing.

-  Establishing mediation as a private, faster means for resolving judicial conflicts. UNDP’s collaboration with the Supreme Court of Uzbekistan helped establish the “On Mediation” law, which allows citizens to receive justice without going to court, saving unnecessary costs, and preserving business relationships.

- Improving court systems. Simplifying court procedures for hearing claims and introducing pre-trial hearings for settling disputes, measures to reduce stay of proceeding and better court ICT all contribute to higher confidence that the system is working for business owners.

These improvements have now made it now much easier for both citizens and businesses alike to access Uzbekistan’s courts, and ensure that their legitimate rights and interests are being adequately protected.

Uzbekistan’s meteoric performance in the Doing Business Index is cause for celebration, but also show how much potential there is for Uzbekistan’s private sector if the right legal frameworks are in place.

Further improvements are expected for 2020, making setting up and running businesses in the nation easier and improving the speed and ease of accessing justice. Legal entities will be able to submit statements of claim and annexes to defendants and courts electronically through taxpayer accounts. This will not only speed case processing, but also improve Uzbekistan’s ranking on the ‘Case Studies Performance’ indicator of the Doing Business Index.

Last but not least, efforts are being made to make business law more forgiving to first-time offenders. From June 2020, people who have committed their first violation of customs regulations, but who have then voluntarily made payments for goods and performed customs clearance, will be exempt from criminal liability.

As Uzbekistan continues to reform and enhance its business law, its reputation as a destination for business will continue growing, to the benefit of its citizens. 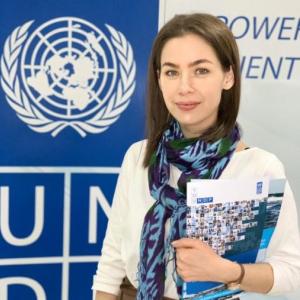