Gender Audit of Labour Laws was discussed in Uzbekistan 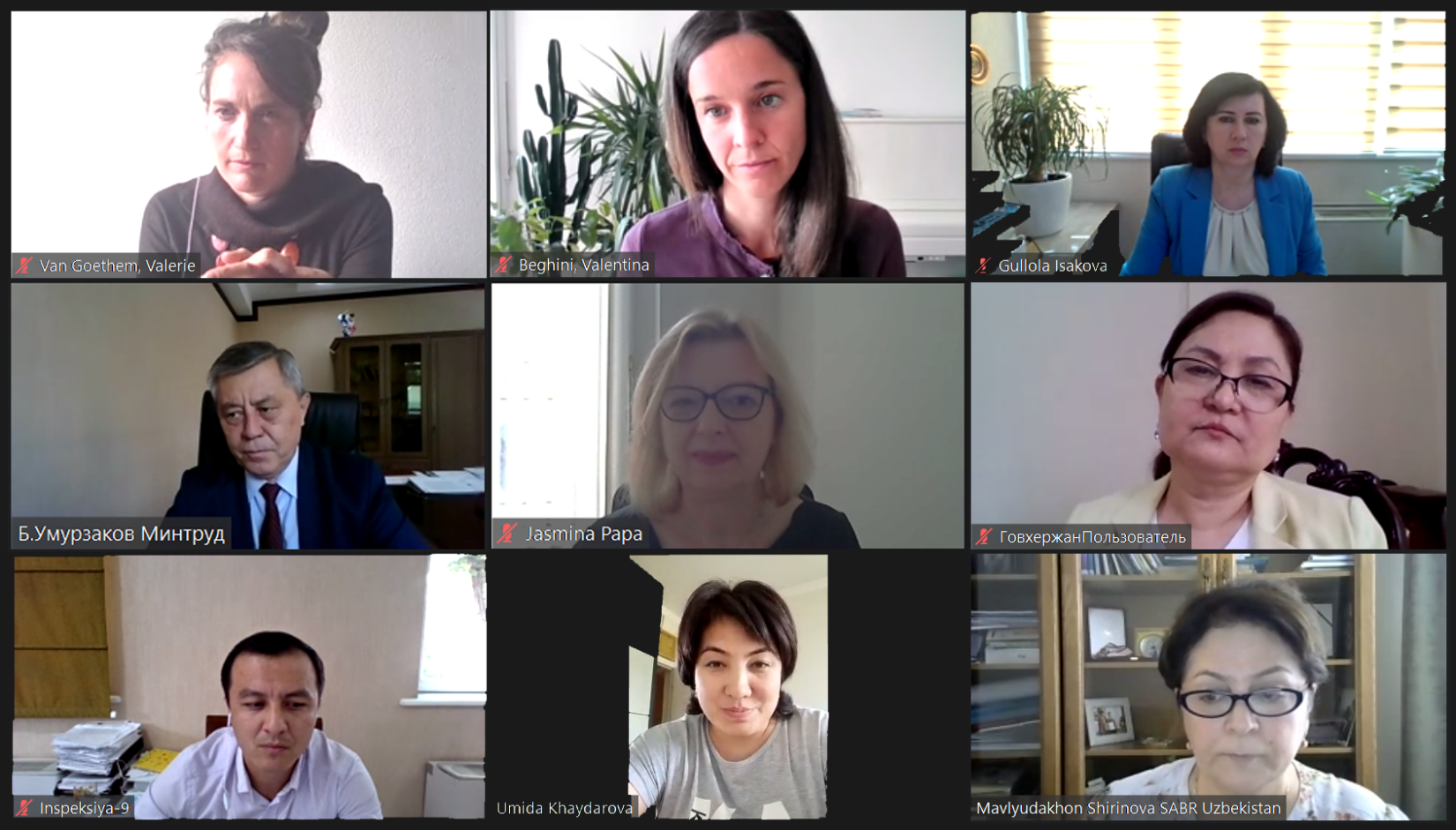 The webinar covered theoretical and practical approaches to gender audit of the legislation. Participants were representatives of the Uzbek parliament, ministries, and social partners of the ILO like the Federation of Trade Unions. Mr Bakhodir Umurzakov, Deputy Minister for Employment and Labour Relations of the Republic of Uzbekistan, highlighted reforms being undertaken in Uzbekistan to ensure gender equality, particularly the recent law on population’s employment dated October 20, 2020. He emphasised a new approach that had been taken in this law to tackle the issues of gender inequality at work. However, despite progress in this field, problems are still enduring. Mr Umurzakov pointed out the need to enable access to women and girls to education, decent working conditions, quality child care, equal pay for work of equal value, fairness in unpaid care, domestic and agricultural work. He believes that the new labour code that has been drafted will reflect these problems, and this webinar series will help improve its quality.

In the main part of the webinar Valerie Van Goethem, Labour Law Specialist (ILO – LABOURLAW), presented the theoretical background of gender audit, its objectives and methodology. Also, a particular focus in her presentation was given to UN Equality in Law for Women and Girls Strategy 2019-2023. Valentina Beghini, Technical Specialist on Gender Equality and Non-discrimination (ILO – GEDI), provided an overview of the ILO framework and approach to gender equality in the context of labour laws. The participants expressed particular interest in possible gender audit parameters that can serve as a guideline for policy-makers. After the presentations, the participants discussed important aspects of gender audit in the context of low-income and developing countries.

A practical part of the webinar followed a brief poll designed to strengthen the acquired knowledge. The participants conducted an audit of selected sections of the draft Labour Code of the Republic of Uzbekistan from a gender perspective.

Closing the webinar Ms Jasmina Papa, Social Protection Specialist (ILO), assured the ILO’s continued commitment to support Uzbekistan in promoting gender equality and welcomed the proposal expressed by the participants to collaborate on conducting a gender audit of the national legislation. She also wished the webinar participants to take an active engagement in the policy-making process and use gender equality lenses in developing and reviewing legal acts and policies.