Fourteen vehicles, strategic tactical equipment, office multimedia and other equipment worth $674,000 required for the operationalization of the newly established Interagency Mobile Teams and Border Liaison Offices have been transferred to NCDC, State Customs Committee, State Security Service, Ministry of Internal Affairs, Border Troops of the State Security Service and the Department for Combating Economic Crimes under the General Prosecutor’s Office of the Republic of Uzbekistan. In addition, equipment worth over half a million US dollars has been delivered to the State Customs Committee in support of the establishment of a Situation Centre in their Central Office in Tashkent being inaugurated soon. 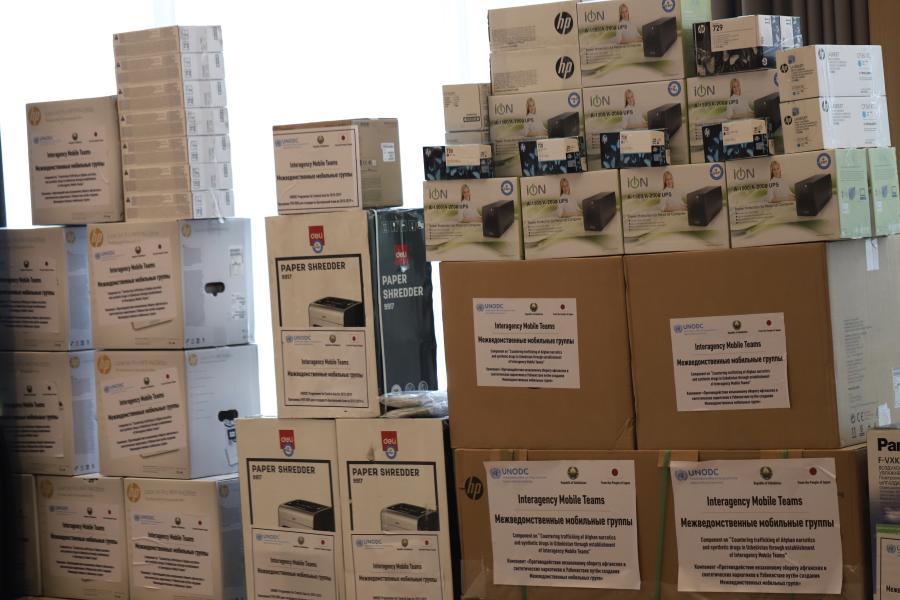 In his opening remarks, Mr. Olim Narzullaev, Director of the National Information and Analytical Centre on Drug Control of the Republic of Uzbekistan, noted, “I am sure that with timely  support the practical implementation of these initiatives will contribute to the creation of the necessary obstacles on the way of the incessant flow of drugs along the Northern Route, which will undoubtedly affect the security of the Central Asian states, as well as the countries of the West and far abroad”.

This hand-over is part of the implementation of the grant agreement signed between UNODC and the Government of Japan in February 2020 with an aim to counter illicit drug trafficking and transnational organized crime through enhancing regional cross-border cooperation by strengthening the capacity of Border Liaison Offices in Central Asia and Interagency Mobile Teams in Uzbekistan within the framework of the UNODC Programme for Central Asia (2015-2021). The initiative contributes to advancing Uzbekistan’s Action Strategy for 2017-2021 and the achievement of Goal 16 of the 2030 Agenda for Sustainable Development. Implementation of the initiative at the national level is coordinated by the NCDC.

During the ceremony, the hand-over documents were signed by high-level officials from the above-mentioned agencies and the UNODC Regional Representative for Central Asia in presence of H.E. Mr. Yoshinori Fujiyama, the Ambassador Extraordinary and Plenipotentiary of Japan to the Republic of Uzbekistan. Speaking on this occasion, H.E. Mr. Yoshinori Fujiyama, the Ambassador of Japan underlined, “Taking this opportunity, I’d like to ask for cooperation of all the colleagues from Uzbek Government and UNODC for smooth implementation of the project, by effectively utilizing the provided equipment. And also, let me conclude by saying that I do hope that this project will be the symbolic milestone to deepen and widen our mutual cooperation between Japan and UNODC in Central Asian Countries”.

Ms. Ashita Mittal, UNODC Regional Representative for Central Asia reiterated UNODC’s commitment to further support the Government of Uzbekistan in promoting a balanced approach to addressing the drug problem in the country by strengthening law enforcement response to trafficking of narcotics, new psychotropic substances and strengthening control over medical substances on one hand, and drug demand reduction on the other. “Strengthened inter-agency cooperation between the law enforcement through information sharing and promoting joint operations has demonstrated the positive results and lead to an increased interdiction. With the Department for Combating Economic Crimes under the General Prosecutor’s Office joining the initiative, it will not only prevent drug trafficking, but also help to better trace illicit financial flows. We are pleased that the 13 operational IMTs will cover all regions across the country and serve as a sustainable platform to cooperate and coordinate activities from operative level to strategic planning and analysis. Addressing transnational organized crimes such as drug trafficking requires a greater cross-border cooperation in the region, and this is possible through Border Liaison Offices. This has proven to yield strategic results as we have already established 4 BLOs in Uzbekistan”, she added. 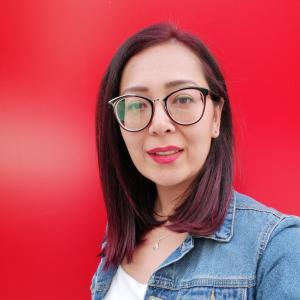